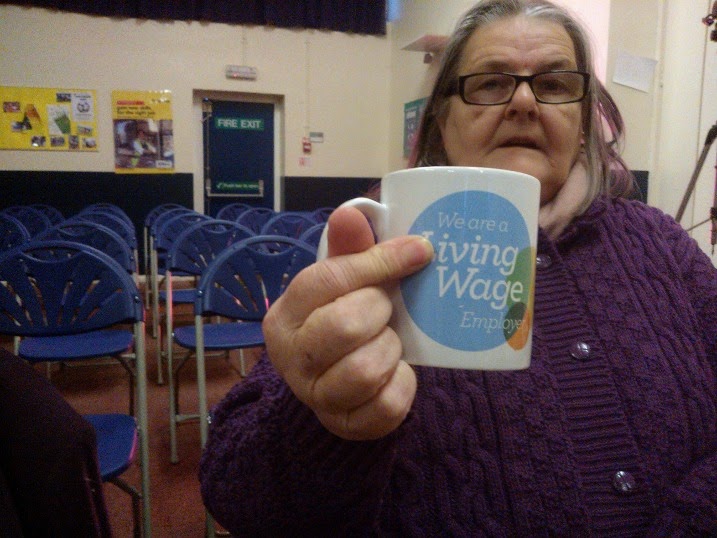 Today marks the first day of Living Wage week 2014. I've been involved in the campaign since my church - The Salvation Army in Stepney - became a member of Citizens UK in 2007.  Over the next few days I will be sharing why I love this campaign and why I believe it's a powerful way of living out an alternative narrative.

Usually people begin with the moral or economic arguments for a Living Wage. As a Christian and Salvation Army officer I believe there's a deeply spiritual dimension that precedes that.

"'Holy solitaries' is a phrase no more consistent with the Gospel than holy adulterers. The Gospel of Christ knows no religion but social; no holiness, but social holiness.”

The concept of 'social holiness' is a powerful one. It helps us to make the connection between the holiness of God and the world in which we live. The holy is an attribute not only of God, nor simply the work of God in an individual as they draw close to God, but also a living dimension in the relationships between people. Social holiness draws together the fundamental aspects of heaven and earth, echoing Jesus' prayer: 'may your kingdom come, on earth as it is in heaven.'

In the 7 years I've been involved in the Living Wage Campaign I've come to recognise the tell-tale signs of social holiness at work: a worker testifying to the life-changing nature a small pay-rise has given them; a child sharing how they have much more time with their mum now she only needs to do 1 job; a cleaner talking about the dignity that comes with feeling valued in the workplace; a father speaking of his pride in being able to provide for his family's needs. Every time I hear these stories I feel I'm standing on holy ground - for a moment I'm in a 'thin place', where the space between heaven and earth is narrowed.
Posted by Nick Coke at 06:37