My friends at The Centre for Theology and Community asked me for an Advent reflection. Here it is - you can take a look at it on their website if you prefer! 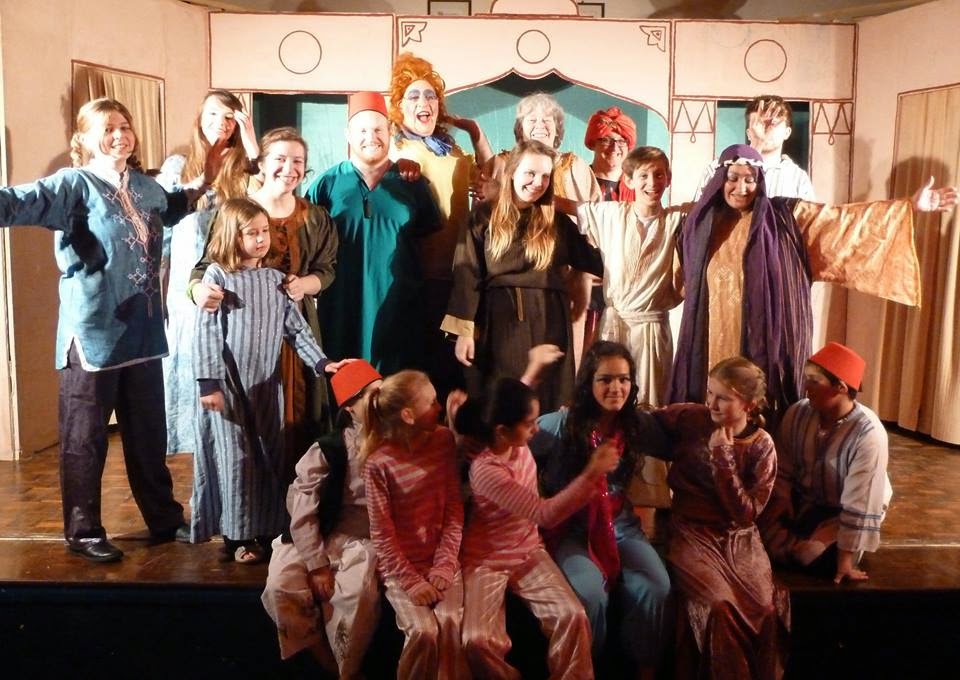 Back in the hazy days of summer, our small church community decided to take on another activity for the Advent season. A community pantomime! As we lay under the summer sun in Stepney Green Park on our annual picnic it seemed a great idea. Yes, we would be busy – after all, we’d still do our carol services, nativity at Stepney City Farm, the Christmas lunch, fundraising with the brass band and various parties – but it would be worth it. (Oh yes it would!)

Two weeks ago, sitting in a meeting with Christian leaders I announced that our panto was approaching fast. Handing around leaflets for ‘Aladdin Trouble’, I added that all were welcome. It was then that I heard the words – ‘will there be any spiritual content?’ Looking back I suppose there were a thousand different responses I could have given. But in the moment, and slightly embarrassed by the setting, I failed to take it on. So here’s my chance to make a proper response.

If ever there was a theological narrative to unmask the false dichotomy of a world divided into sacred and secular, it’s the Advent story. The historical coming of Jesus as Emmanuel – God with us – dismantles in one fell swoop the idea of a deity in his heavenly home set apart from his earthly creation. From the moment that the Son of Man was conceived in Mary’s womb the human and divine became inseparable.

The Advent narrative of course does not stop there in Judea 2000 years ago. Jesus is returning – coming again in all his glory. He is coming now for those with eyes to see. Look and see what he’s doing – I glimpse him at the night shelter at last finding somewhere to lay his head, I sit with him at our jobs club scouring the internet for work, I feel his presence walking amongst us as we gather to call on the rich to pay their employees a Living Wage, I hear his harmonies as we sing carols in the draughty train station. Jesus is coming, forever coming.

Back to the panto. Widow Twanky struts across the stage and bursts into song – his voice rising to a crescendo. Children and adults huddled together in the chilly community centre throw back their heads in laughter. An overwhelming sense of community and joy fills the room. This group have never gathered together before. They share the same streets and schools and shops and flats but until now they’ve never acted as one. On the front row children experiencing their first ever show start up a chorus of boos and hisses at the villain and squeal in delight as he responds with a withering look. And the cast, thrown together for five weeks only, realise for a moment that they are part of something deeply spiritual. For Jesus is treading the boards with them demonstrating for a moment in Stepney that his kingdom is coming on earth as it is heaven. Oh yes it is!!!
Posted by Nick Coke at 01:47 No comments: